An update from Artist in Residence Jenny Nicholas

By jennifernicholas1411th November 2020 No Comments

So here we are again at the start of Lockdown 2. Thankfully I managed to finish my latest print just before this second closure, which is just as well because I started it before the first Lockdown and it really needed to be completed. 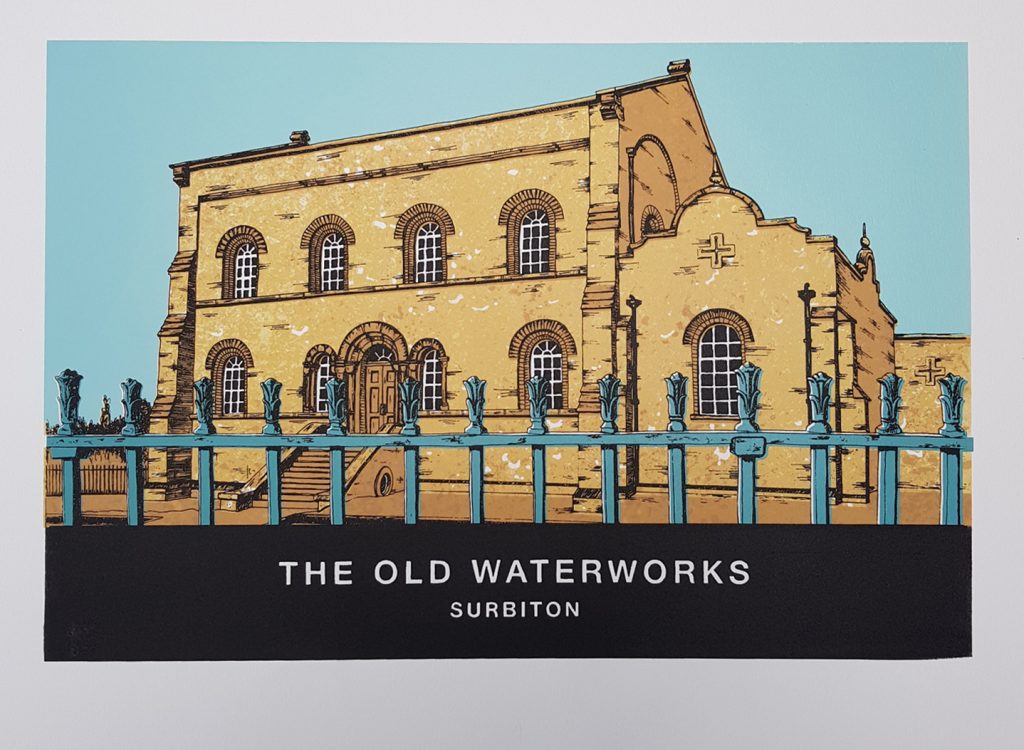 To compliment my previous Tolworth Tower lino print and to continue my ongoing project of printing local buildings that are hidden in plain sight I decided upon The Old Waterworks in Surbiton as my next subject. I have driven past this building many times over the years and never given it a second glance, not realising it’s extraordinary history and the very important part it played in saving many thousands of Londoners’ lives. My print shows the Pumping Station which currently houses Surbiton Golf Studio, but which started off life with a very different purpose. 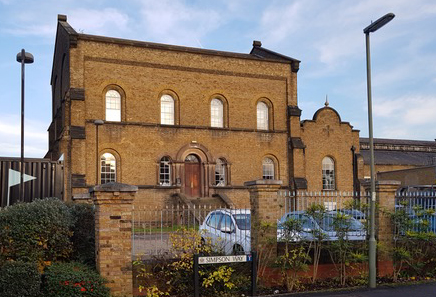 The Waterworks were built in the 19th Century to help supply clean drinking water to Londoners and was one of the first of its time as cleaning water before consumption was a revolutionary new concept. Until then sewage, rubbish and dead animals were dumped into The Thames which was used directly to supply the general population with drinking water, causing frequent outbreaks of cholera that killed thousands. The Waterworks were built to filter the filthy Thames water before it became accessible for human consumption. 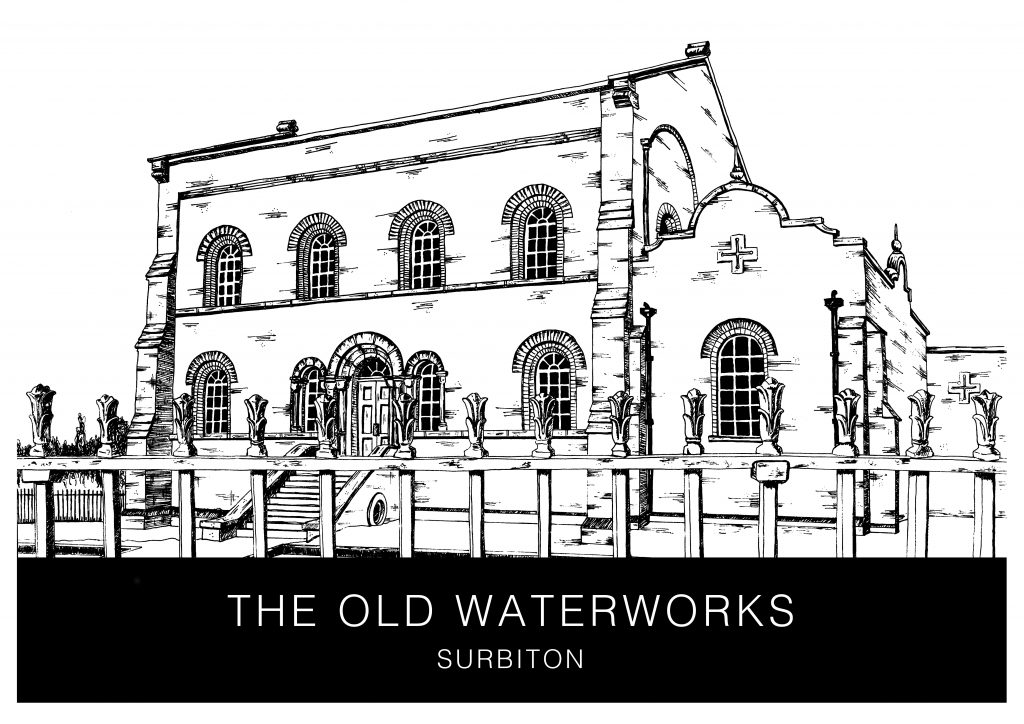 Having completed two screen printing courses at Ochre back in February I wanted to explore this method in greater depth for this print and enthusiastically coated two screens. Little did I know these screen would be sitting in the darkroom for five months!

So, would they expose properly after all this time? well, yes… to an extent. One screen exposed really well while the other developed with a strange texture; perfect for recreating brickwork. What a lucky accident! 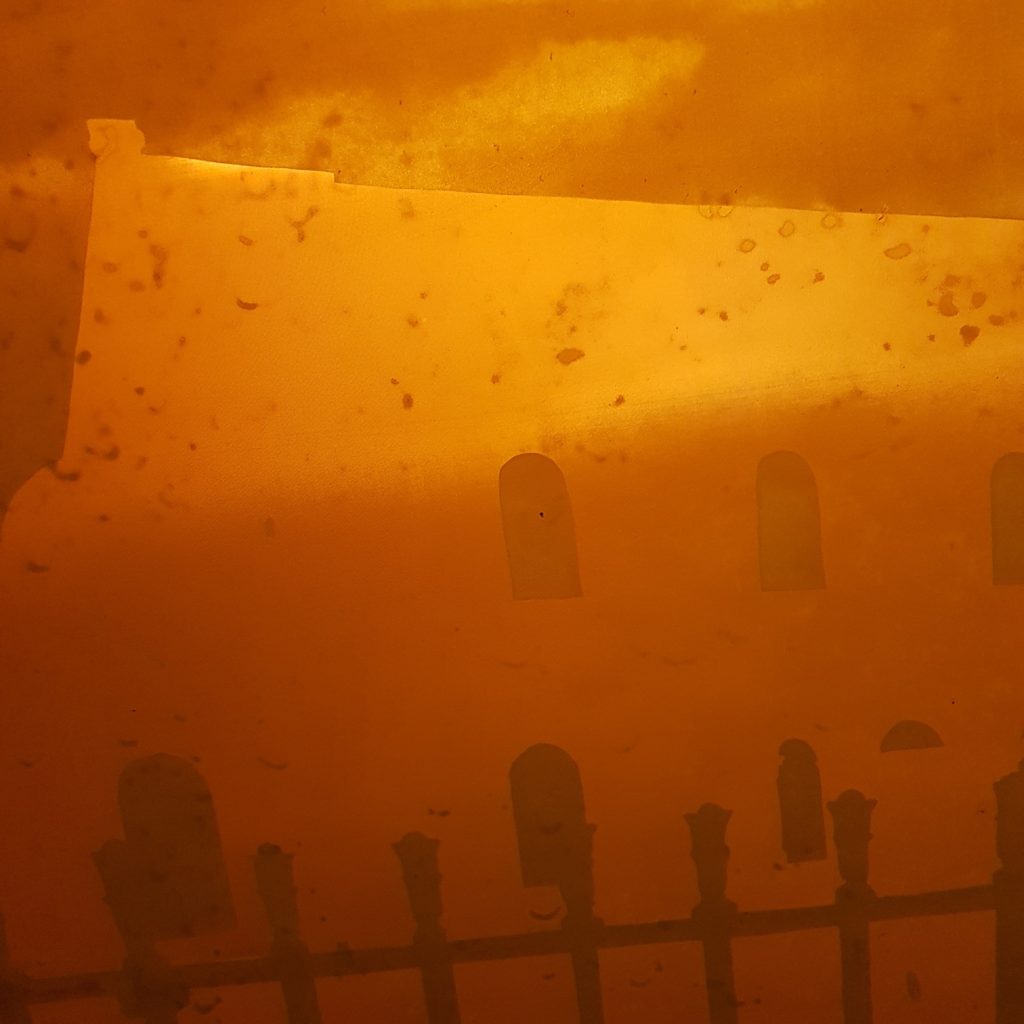 The print is comprised of five colours, quite ambitious for a novice and believe me I made every mistake there is to make, from exposing my screen with the stencil too close to the edge so there was no snap to having my registration misaligning because the screen was moving on the screen bed.

From Adam Green’s course I am fascinated by mono screen printing and used this method to create additional texture on the brick work. I experimented with sponging, painting and using water soluble crayons but in the end I found the wire scourer hanging next to the sink in the studio created the perfect texture. 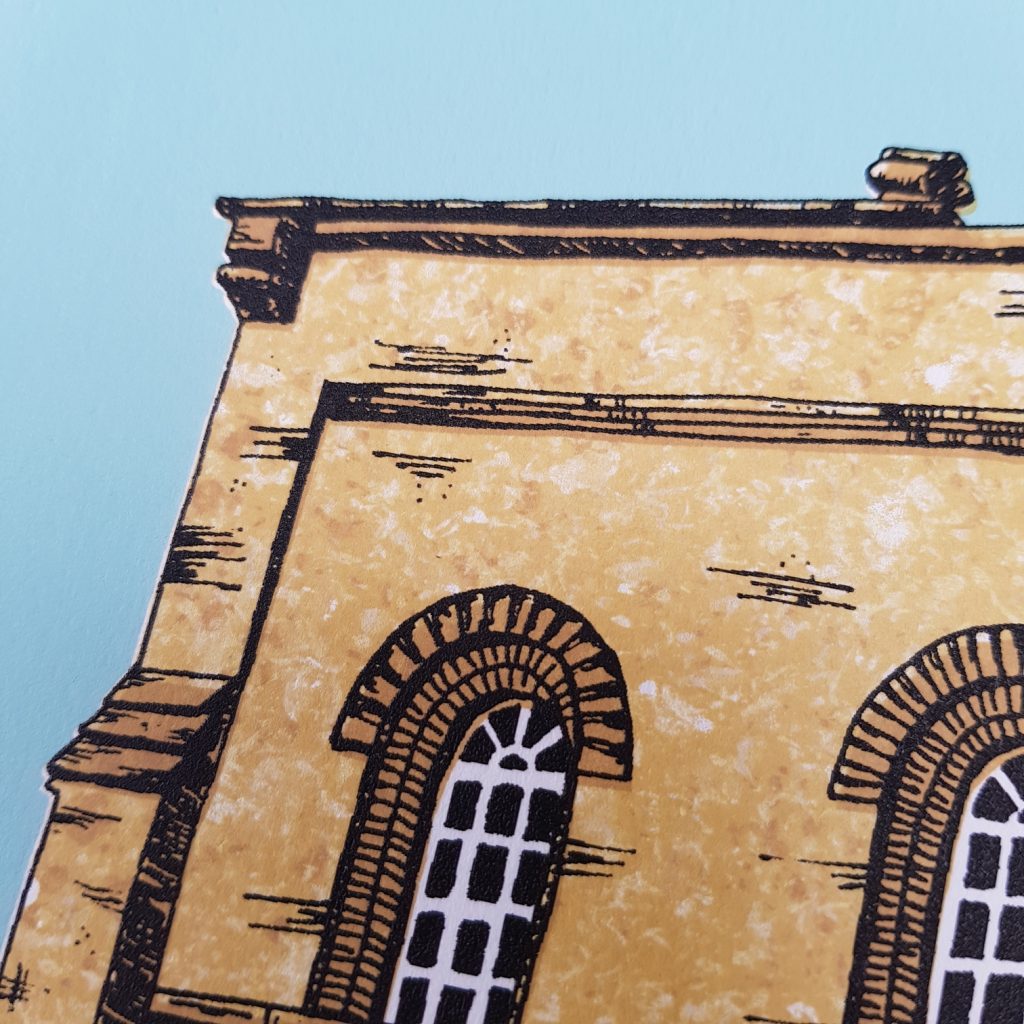 I also experimented with the many different papers stocked in the studio, creating one print on each. I will put these on my board once we are back as they provide an interesting reference as to how the ink responds to different paper stock. I found that Magnani Litho was my favourite.

So, the moral to the story? If you have to leave your emulsioned screen for five months, do a print involving a brick texture, it works a treat!